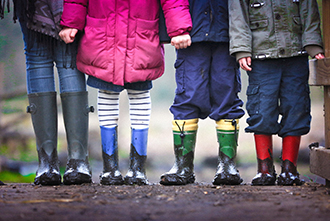 On November 12, 2019, the U.S. Supreme Court heard oral arguments on the whether the Deferred Action of Childhood Arrivals (DACA) program will remain in place, or if the Trump administration’s 2017 rescission of the program will be allowed to move forward. The Justices considered three consolidated cases: Dept. of Homeland v. Regents Univ. CA (18-587), Trump, President of U.S. v. NAAP (18-588) and McAleenan Sec. of Homeland v. Vidal (18-589). Each of the consolidated cases argue against the administration’s position to end the program as a violation of the Administrative Procedures Act (APA), claiming that the decision to end the program was “arbitrary and capricious”—meaning that there was not a rational basis or proper consideration of the impact of the decision on the nearly 700,000 beneficiaries of the DACA program.

While oral arguments do not necessarily allow for precise predictions on what the Supreme Court will decide, it was widely acknowledged among reputable legal scholars that the Supreme Court will side with the Trump Administration. It is unlikely that the Court will consider the substantial contributions of DACA beneficiaries, to the detriment of the U.S. economy. The Plaintiff’s court documents include studies showing that termination of the DACA program will result in an estimated financial loss to the U.S. economy to the tune of $60.3 billion from the GDP over a ten-year period, as well as an estimated loss of $39.3 billion from Social Security and Medicare funds over the same period.

The Immigration Attorneys of Levine & Eskandari, LLC advise current DACA recipients, in the strongest possible terms, to file their renewal applications immediately. Although we do anticipate that the DACA program will ultimately be terminated sometime between March to June 2020, those with pending renewal applications will likely be in a strong legal position to have their cases decided.

For additional information related to this topic and for advice regarding how to navigate U.S. immigration laws you may contact Kenneth S. Levine or Layli Eskandari Deal of the law firm Levine & Eskandari, LLC (770-551-2700) – ken@LEimmigration.com or Layli@LEimmigration.com.