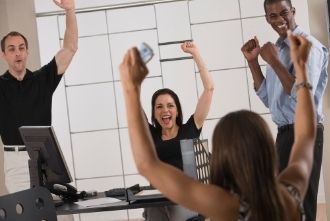 Levine & Eskandari, LLC attorneys are excited to announce a significant development in the DACA program.  On 12/4/2020 Judge Nicholas G. Garaufis of the U.S. District Court – Eastern District of New York ordered the Department of Homeland Security (DHS) to initiate the processing of “first time” DACA applications, grant the full two-year renewal period and issue Advance Parole per the original terms of the program: http://cdn.cnn.com/cnn/2020/images/12/04/batalla_vidal_et_al_v_nielsen_et_al__nyedce-16-04756__0354.0.pdf.

Judge Garaufis ordered DHS to “post a public notice, within 3 calendar days of this Order … that it is accepting first-time requests for consideration of deferred action under DACA.”   The USCIS actions limiting key provisions of the DACA program were deemed unlawful by the court because the DHS Official issuing the DACA restrictions (Chad Wolf) was not properly appointed to the DHS Secretary position, and therefore his DACA restrictions “lacked the force of law.”  The result of the Judge’s order is that the DACA program must now be administered by its terms as they existed prior to the Trump administration’s 2017 attempt to revoke the program.

IF YOU HAVE NEVER APPLIED FOR DACA, YOU MAY DO SO NOW IF YOU SATISFY THE BELOW

For additional information related to this topic and for advice regarding how to navigate U.S. immigration laws you may contact Kenneth S. Levine or Layli Eskandari Deal of the law firm Levine & Eskandari