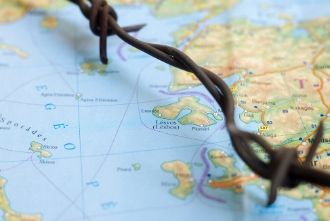 On September 24, 2017, President Trump issued Presidential Proclamation 9645, entitled “Enhanced Vetting Capabilities and Processes for Detecting Attempted Entry into the United States by Terrorists or other Public Safety Threats.”   At that time, the following countries were identified as not meeting identity management protocols, information sharing and risk factors: Chad, Iran, Libya, North Korea, Syria, Venezuela and to Yemen.  Iraq did not meet the minimum requirements, however, nationals of Iraq were not subject to the travel ban but were subject to additional screening.  Chad was later removed from the list.

On January 31, 2020, President Trump a Presidential Proclamation expanding the Travel Ban to include certain foreign nationals of the following six counties:  Burma (Myanmar), Eritrea, Kyrgyzstan, Nigeria, Sudan, and Tanzania.   According to the Department of Homeland Security, these additions were based on an assessment after reviewing updated security assessment criteria first established after the first iteration of the travel ban.  It should be noted that restrictions have only been placed on those seeking immigrant visas (green card visas) from the newly added countries. Individuals from these countries seeking nonimmigrant visas should not be restricted. The effective date of the expansion is February 21, 2020.

Unless an exemption applies or the individual is eligible for a waiver, the travel restrictions

apply to foreign nationals of the designated countries who: (i) are outside the U.S. on the applicable

Exemptions: The travel restrictions in the proclamation do not apply to:

Waivers: A waiver may be granted if a foreign national demonstrates to the consular officer’s or

Contact us for additional information related to this topic and for advice regarding how to navigate U.S. immigration laws.